In celebration of Black History Month, we have collaborated with the Veterans History Project to share the stories of three veterans who embody the same values we celebrate at Dog Tag Bakery – perseverance, a spirit of service, and following your purpose. 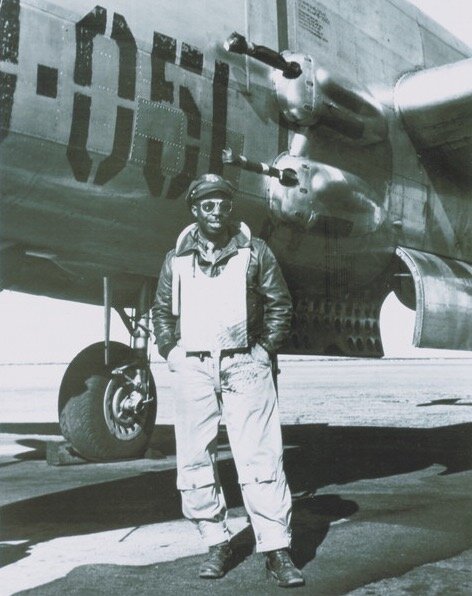 Ten-year-old Fitzroy “Buck” Newsum saw his first airplane at his local airfield. He knew he was destined to soar, but was denied entry into the Air Corps because of the color of his skin. After President Franklin Roosevelt signed an Executive Order to fully integrate the U.S. armed forces, Newsum was one of 33 African-American men tested for the Army Air Corps. As one of 13 who passed, Newsum opted for flight training at Tuskegee Army Air Field over the illustrious Officer Candidate School.

Piloting the P-47 “Thunderbolt” in World War II, Newsum continued to serve through the Korean Conflict. He reached the rank of Colonel before retiring in 1970 and was awarded the Congressional Gold Medal from President Bush in 2007.

Fitzroy’s collection includes photos, an audio interview, a celebration of life program, an oil painting, and a news story. In 1944, Frances Wills Thorpe, a young African-American social worker, became one of the first two African-American officers in the Navy’s WAVES (Women Accepted into Volunteer Emergency Service) program. After training at Smith College, Frances was stationed at Hunter Naval Training Station, where she taught Naval history to incoming recruits.

For Thorpe, integrating the WAVES carried with it a sense of isolation that persisted throughout her time in the service. She recalls her Navy days in her memoir, which describes a life filled with achievement and adventure, including experiences such as befriending the poet Langston Hughes, living as an expatriate in Paris, and counseling battle-scarred veterans after the war.

Frances’s collection includes one photo and an untitled memoir. 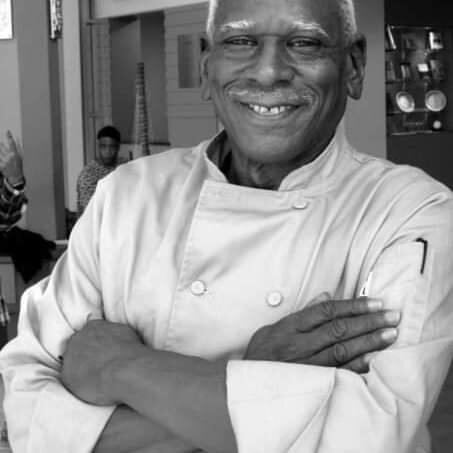 Adolphus Stuart joined the Marine Corps in 1964 and arrived in Vietnam in May 1967. Stationed aboard a ship just below Da Nang, Stuart frequently went ashore for harrowing combat missions. Surrounded by death, Stuart trained himself to shut down emotionally in order to survive.

Returning home and transitioning to civilian life was difficult. He rarely spoke about his combat experience and turned to drug use to cope with his combat trauma. Stuart relocated to DC, where he began researching Vietnam war records of the Vietnam War. He eventually started to share his own experiences – even writing poetry to express himself. Stuart later worked for the Veterans Advisement Center (later Veterans Action Committee) before joining the VA, where he helped veterans with PTSD file their claims.

Adolphus realized that he may also be suffering from PTSD and chose to quit his job. He was officially diagnosed with PTSD and received a 100% disability rating. He decided right then and there that he would pursue his passion - cooking. He credits culinary arts with saving his life. He now owns a restaurant called Sage N Thyme in Palmyra, Virginia, and supports charitable organizations and those less fortunate.

Thank you again to the Veterans History Project for pulling these stories together for us and for helping us honor the legacy of those who have served. We are grateful for all the work they are doing to share veterans’ stories.